Mazurkas Travel was founded by friends who shared the same passion: love for Poland and eagerness to create unforgettable experience for all our customers. Over the years the company has grown and became the leader among incoming tourism and MICE industry. We work from dusk till dawn to meet and even exceed our clients’ expectations. Yet whatever we do, our idea stays the same: we want to inspire and to create the stories you will bring back home.

The mysterious city of the dragon

Are you thinking of organizing an event or a meeting in Poland? We are experts in it, check  what we have to offer!

Do you wish to travel through Poland, discovering its hidden gems? Come with us and you will see them all!

Looking for a partner to help you organize the best congress? We are here to make sure your conference in Poland goes hassle-free and pleasant!

Would you like to motivate your employees and offer them an experience that guarantees they will always associate your company with something nice? So maybe Asia? Africa? Or Europe? 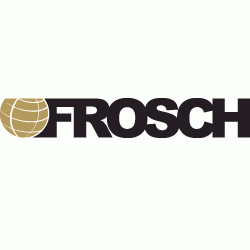 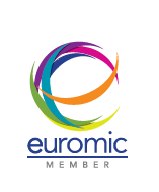 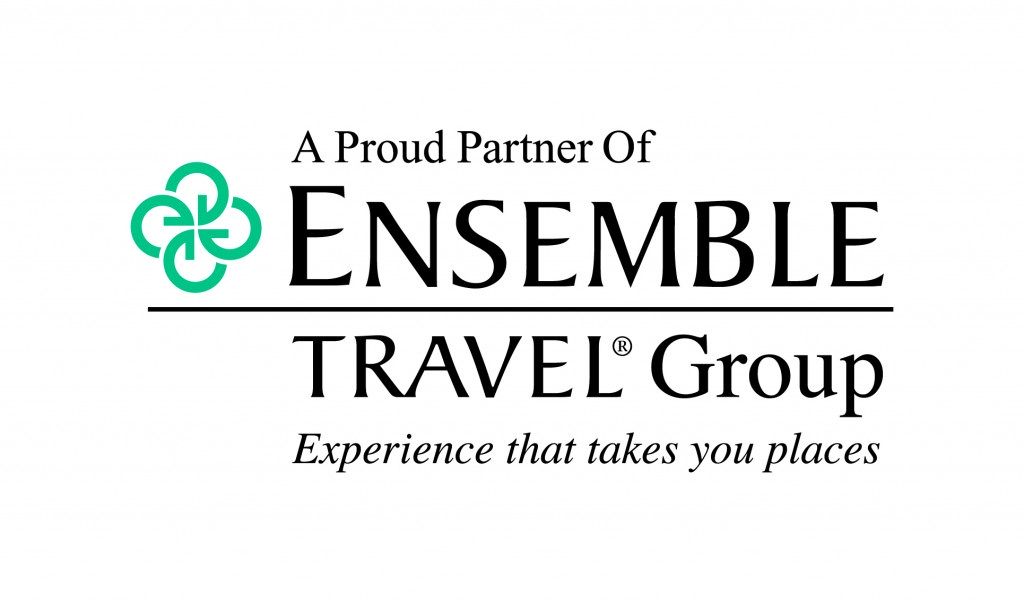 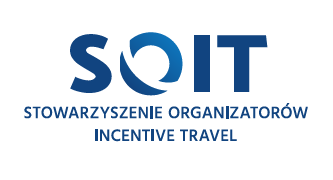 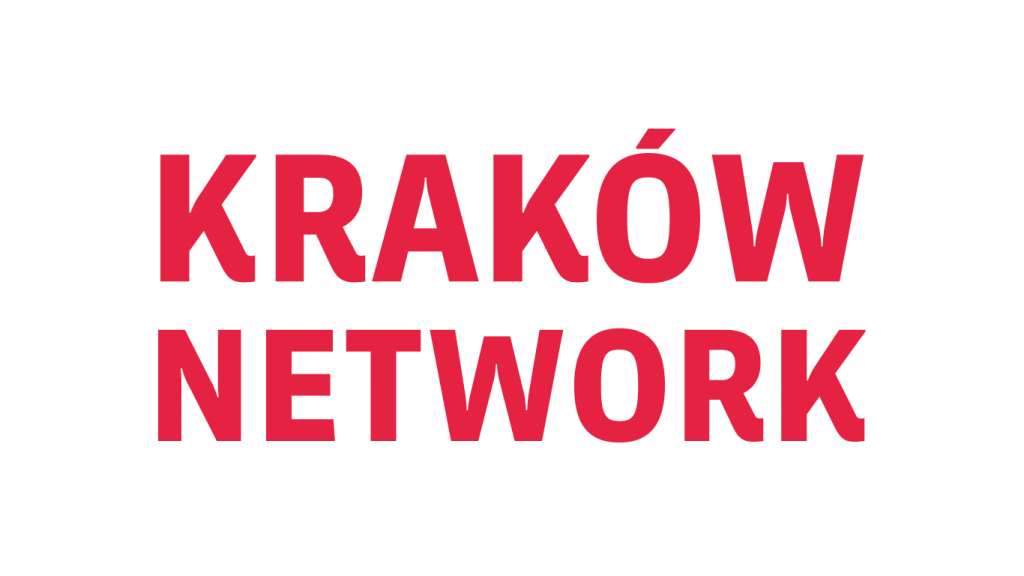 The legend has it that once Kraków was tyrannized by the fire-breathing dragon. Yet, thanks to the brave shoe-maker the danger has passed and the reptile is not a threat anymore. Since those times Kraków has become a magical city that is known throughout the world for its charm, beautiful monuments, artistic spirit and the aura of mystery. Have you heard of Polish dumplings? Probably yes as the dish is known across the borders! But trust us they taste the best in Kraków made by local chefs, with the ingredients brought just from the close-by mountains. Or are you fancying a less known dish? We will take you for „zapiekanka”, a Polish toasties that is youth’s favourite especially at the Jewish Quarter Kazimierz. Want more? Have you ever thought of having a dinner in the historic salt mine, 135 meters underground"? Mazurkas Travel is able to arrange it for you.

In the North of Poland, on the coast of the cool and mysterious Baltic Sea, Gdańsk, Gdynia and Sopot form the Tri-City agglomeration. We will take you on a cruise along the history of this multicultural place. At a time when fashion for moustache and flannel shirts prevailed, Lech Wałęsa, the later Nobel Peace Prize winner, led the people to the fall of communism. It all started in Gdańsk, the cradle of Solidarity. Here Poles for the first time felt the breeze of freedom on their faces. The ship of changes sailed from the port through all other cities in Poland, soon expanding to other communistic countries leading to the fall of Berlin wall and freeing of Eastern Europe countries. Tri-City is still associated with the great revolution of the twentieth century, and Mazurkas Travel will be happy to help you feel the spirit of those events.

Rumor has it that the capital of Poland was founded by a fisherman Wars and his wife Sawa – a mermaid who dropped her tail for love. Although the tale escapes the rational thinking, Mazurkas Travel will guide you through Warsaw in exact same way – as a city which tells stories constantly. So what would you say about going for a time-travel with us? The only thing that limits us is our imagination! Your guides in Warsaw would be famous composer Frederic Chopin, first woman to win a Nobel Prize, Maria Sklodowska-Curie and Polish king Sigismund III Vasa. We will throw you in the middle of communist everyday life: you are going to get to know the work of local craftsmen, drink ice-cold vodka from a mustard jar (also known as “musztardówka”), and speed through Warsaw in colorful, renovated militia car (“nyska”). By seagway, bike, car, a boat or on foot – explore the city by any means of transport. But do it quickly, there is lots of fun ahead of us! And in the end, what about seeing the capital of Poland from its roof, the Palace of Culture and Science?

In 2001 there was just one. Nowadays the most persistent seekers are able to count up to 350. They are about 30 cm high, wearing pointy hat, silly shoes and they enjoy playing tricks. Dwarfs, because we are talking about them, are a great tourist attraction in the capital of Lower Silesia. You can meet them around Wrocław main square, in the least expected corners of urban landscape. And new ones are constantly appearing! But that’s not everything the city has to offer! Called the Venice of the North, Wrocław, the city of bridges has more than 100 of them. A fan of cultural attractions does not allow for a moment of boredom. At any time of the year you can find film festivals, chamber music, photography or literary films appreciated by experts. Can you think how many guitar players have you seen playing all at once? 2-3, could you picture several thousand?! As difficult as it might be to visualise here in Wrocław fans of Jimmy Hendrix gather every year to play „Hey Joe”. In 2018 there were over 7000 of them, come and see it yourself!

You think only Sherwood had its Robin Hood? Well not exactly, Podhale has one as well! Janosik, the legendary highwayman, robbed nobles and gave to the poor. Although several centuries have passed since his times, his spirit is still present in the Tatra Mountains. Zakopane, the capital of Polish mountains, has been discovered rather recently, as only at the end of the 19th century. Thanks to that, the city has managed to maintain many traditions, great food and authentic climate, which is not to be found anywhere else in the country. Zakopane is a place that provides the fan of attractions at any time of the year. Skii down the slopes in the winter, or climb the peaks and discover beauty of nature from spring to autumn. For the less experienced skiers, there are gondolas that take tourists up, where you can admire unforgettable views: green meadows where sheep are lazily grazing, sapphire lakes, small villages lying in the valleys or snow-capped peaks in the distance. The beauty of the Tatra nature will impress everyone! And for the thrill seekers: in Zakopane there is an old, abandoned sanatorium, where it haunts. Do you want to see it?

It is one of the oldest cities in Poland. Every day, at 12:00 crowds of tourists gather on the main square to enjoy the show. Two mechanical... goats jump on the town hall tower. Wielkopolska, a region in which Poznań is located, is a place characterized by dynamic economic development. Old factories and historic town squares, subjected to thorough revitalizations, regain their former splendor, while opening up to residents and tourists. Poznań is also associated by many as the residence of the first Polish rulers. It was there where Krzysztof Komeda, the composer of the world famous lullaby from the film "Rosemary's Baby", came to the world. And nowhere else, but only in the capital of Wielkopolska, you will eat potato in a hundred different ways - in pancakes, casseroles, with cheese or in the form of traditional noodles. The list is endless. And for dessert, we recommend the famous rogale Marcińskie- nut and marzipan croissants – and we know places where they serve the tastiest ones.

Lights, Camera, Action! Let us take you to a walk as from the movie set. This most eclectic Polish city is a production center for the talents of Central European cinematography. Film School in Łódź is probably the most famous film school in this part of the world. Every year it releases talented directors, cinematographers and actors, among which there are winners of many Academy Awards, Oscars and other prestigious film awards. Clap! We're changing the shot. In the 19th century, at the height of the industrial era, Łódź was the fastest growing European metropolis. The midwife over the confluence of many rivers was the seat of manufacturers, weavers and fibrils. Currently, dozens of factories scattered around the city are being revitalized, thanks to which Łódź gains unique and at the same time industrial spaces: shopping centers, art incubators, lofts and office buildings. But it is not everything! The movie about Łódź has many threads. One of them is also its multiculturalism. Even a hundred years ago, Poles, Jews, Germans and Russians walked the streets of the city. To this day, traces of them can be found in many nooks and crannies. Coming soon to the ci… to Mazurkas Travel!

As part of our website we use cookies to provide you with top-quality services, including in a manner tailored to individual needs. Using the site's pages without changing the setting of cookies means that they will be published on your end device. You can make changes to the settings for cookies at any time. More details in our "Privacy Policy". Agree Cookies